In the old days, there were two ways to cut an appliance’s utility cost. The first is to use the appliance sparingly, and the second is to purposely choose an undersized unit that sacrifices performance for savings. Neither option is desirable and comfortable for you and your family.

Thankfully, there is now a third option: choose an inverter appliance in lieu of the normal one.

But what is an inverter, and what advantages do inverter-equipped units offer?

What is an Inverter?

In the simplest terms, an inverter is a device that regulates the frequency of electrical current coming into the appliance. This allows them to control the speed and torque of the motor in the appliance.

There are three components to an inverter:

The inverter is housed in a device known as a variable frequency drive. Inside the VFD, the rectifier converts the incoming AC power from the house main to DC. At the same time, the standard 60Hz frequency is changed into whatever power is required by the appliance’s motor.

Once that’s done, the inverter switches the current back into AC, which is then used by the appliance. By controlling the frequency, the inverter is able to regulate the motor’s capacity in terms of torque and speed, and thus it’s performance and power consumption.

Conventional appliances typically have a fixed electrical consumption rate: the power they consume remains the same, even if their workload goes lower.

What are the Advantages of Inverter Appliances?

Inverters have a variable electrical consumption based on their workload, making them more cost-effective than traditional appliances with fixed settings.

Since the motors or compressors are more efficient and don’t have to work as hard, inverter appliances tend to have a longer lifespan than their conventional counterparts.

Depending on the appliance, inverter-equipped units can be up to 27% more efficient than traditional appliances, which translates to lower utility bills in the long run.

What are the Drawbacks of Inverter Appliances?

Inverter appliances are more expensive than their conventional versions. However, the acquisition cost can be recouped in long-term utility savings.

The addition of an inverter, VFD, and rectifier represent more possible points of failure.

Appliances that Use Inverters

One of the biggest benefits of inverters can be seen in air conditioners. The typical AC compressor typically operates in two modes: on or off.

The addition of an inverter allows the AC compressor to become a variable speed unit, so that once the desired cooling temperature is reached, the compressor can dial back to maintain the room temp instead of going full-blast continuously.

At THS, we carry a diverse array of inverter AC units from well-known brands for residential, commercial, and even industrial purposes. Check out our Recommended Air Conditioners for 2021, as well as our guide to LG inverter air conditioners.

Like air conditioners, mini splits can greatly benefit from inverter technology. This is particularly true for multi-zone systems, where different indoor units are connected to a single outdoor unit.

The inverter allows each indoor unit to throttle back once the zone is sufficiently cooled. Multiply it by different zones and the savings can be substantial over the long run!

For inverter-equipped systems, check out our Top Inverter Mini Splits for 2022.

Refrigerators are yet another compressor-equipped appliance that benefits from inverters. The variable speed compressor is able to adjust its speed based on the temperature and the load carried by the fridge.

Unlike AC units and mini splits however, fridges tend to be used all the time. Which is why this appliance sees the biggest long-term savings, up to 27% compared to its non-inverter counterparts.

An inverter generator electronically regulates the generator engine up and down based on demand, instead of running 100% all the time. This results in vastly improved efficiency, less gas consumption and maintenance, with the added benefits of lower emissions and noise level.

Inverter gensets can range from recreational units for camping or tailgating that top out at 2,000 watts, to larger gensets that can generate over 5,000 watts at 220v for powering residential homes.

Compared to other inverter appliances, an inverter microwave works differently.

A conventional microwave oven uses a transformer, which turns the power and off to evenly distribute the microwaves across the food being heated. On the other hand, an inverter microwave supplies a steady supply of power throughout the cooking process instead of switching on and off.

So where a normal microwave oven blasts 100% power on and off, an inverter microwave emits just the right level of power, but continuously. This is beneficial for food items high in sugar and fat, as well as those that are sensitive to heat defrosted meat, dairy and chocolate.

An inverter washing machine can tailor its motor speed to match the weight of the laundry load. This allows it to use the least amount of power while achieving optimum and efficient cleaning, without sacrificing performance.

Inverter technology represents a sensible and eco-friendly way of making appliances last longer and lowering monthly bills. While the initial price tag may be higher, the savings in the long run will more than make up for the cost. 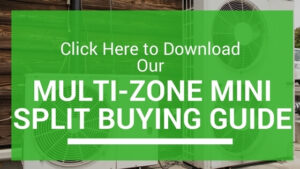